As a part of the Higher Diploma in Creative Multimedia Programming course, we got the opportunity to combine all of the skills we learned throughout the year into one main project. I was delighted to win The Best Project Award in my class for my project.

We created the project in conjunction with the Frank McCourt Museum in Limerick City. The museum is a wonderful showcase of the standard of local living for the McCourt family and many other families in Limerick in the early 20th century. Our trip to the museum made me reflect on stories of my own family who lived in some of the areas they were discussing. As well as incorporating aspects of the life of Frank McCourt into my project, I also wanted to include a comparison of Limerick now to Limerick then.

My project was an IOS iPad application. The app was built using skills in animation, graphic design, photography, audio production and web programming (html/css, jquery, javascript and PHP). Applications used for its creation were Garageband, Adobe (Photoshop, Illustrator, Flash) and a text editor for the web programming. The app was launched natively on my personal iPad. Upon entering the app, you are presented with three sections.

Follow Frank – This section showed a map with three different navigation points. Once a navigation point is tapped, a window shows up showing Frank McCourt’s connection to that place. 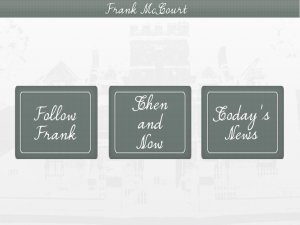 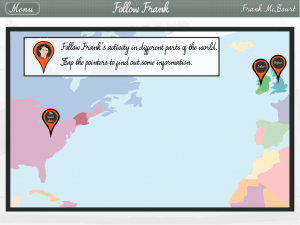 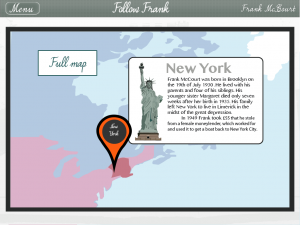 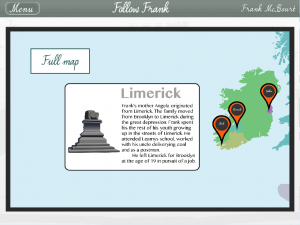 Then and Now – This section shows a selection of old images of Limerick City. There is a slider on the right that allows you to slide up and down to see how Limerick looked decades ago to how it looks now. The older photographs were taken from the old Limerick Journals by Seán Curtin. 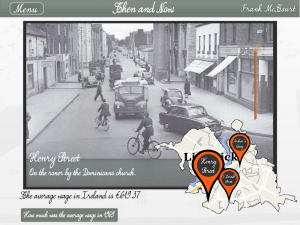 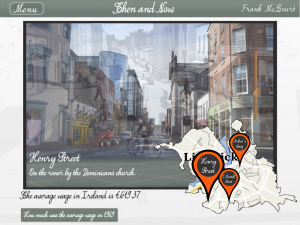 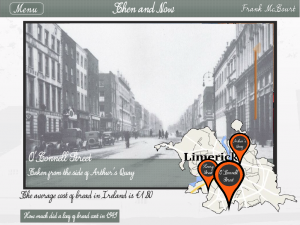 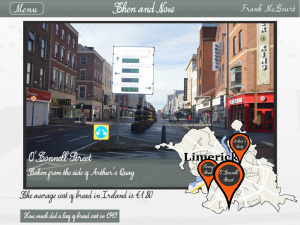 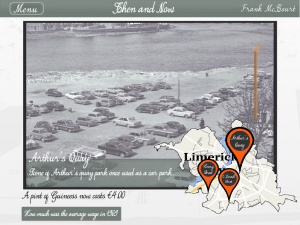 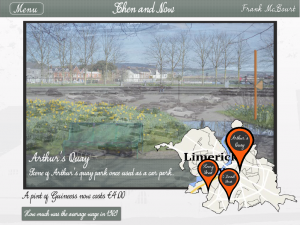 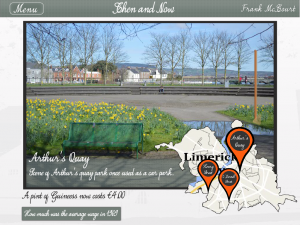 Today’s News – Todays News shows a selection of news items from the time of Frank McCourt. 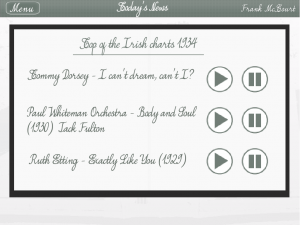